As of October 2018, Saudi Arabia is the largest economy in the Middle East and the 18th largest in the world. Saudi Arabia has the world's second-largest proven petroleum reserves and the country is the largest exporter of petroleum. It also has the fifth-largest proven natural gas reserves. Saudi Arabia is considered an "energy superpower". It has the third highest total estimated value of natural resources, valued at US$34.4 trillion in 2016. Saudi Arabia's command economy is petroleum-based; roughly 63% of budget revenues and 67% of export earnings come from the oil industry. It is strongly dependent on foreign workers with about 80% of those employed in the private sector being non-Saudi. Challenges to the Saudi economy include halting or reversing the decline in per-capita income, improving education to prepare youth for the workforce and providing them with employment, diversifying the economy, stimulating the private sector and housing construction, and diminishing corruption and inequality. 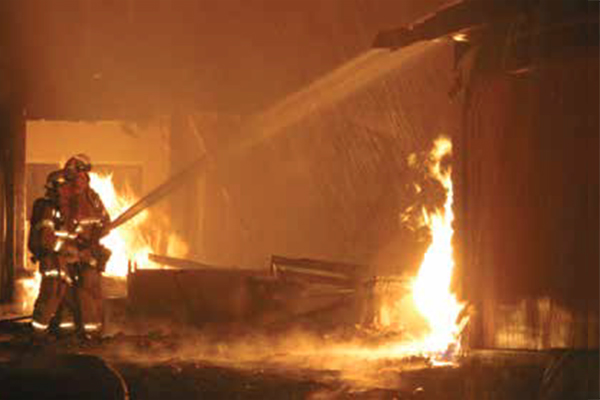 The oil industry constitutes about 45% of Saudi Arabia's nominal gross domestic product, compared with 40% from the private sector. Saudi Arabia officially has about 260 billion barrels (4.1×1010 m3) of oil reserves, comprising about one-fifth of the world's proven total petroleum reserves.

In the 1990s, Saudi Arabia experienced a significant contraction of oil revenues combined with a high rate of population growth. Per capita income fell from a high of $11,700 at the height of the oil boom in 1981 to $6,300 in 1998. Taking into account the impact of the real oil price changes on the Kingdom's real gross domestic income, the real command-basis GDP was computed to be 330.381 billion 1999 USD in 2010. Increases in oil prices in the aughts [peacock term] helped boost per capita GDP to $17,000 in 2007 dollars (about $7,400 adjusted for inflation), but have declined since oil price drop in mid-2014.

OPEC (the Organization of Petroleum Exporting Countries) limits its members' oil production based on their "proven reserves." Saudi Arabia's published reserves have shown little change since 1980, with the main exception being an increase of about 100 billion barrels (1.6×1010 m3) between 1987 and 1988. Matthew Simmons has suggested that Saudi Arabia is greatly exaggerating its reserves and may soon show production declines (see peak oil).

From 2003–2013 "several key services" were privatized—municipal water supply, electricity, telecommunications—and parts of education and health care, traffic control and car accident reporting were also privatized. According to Arab News columnist Abdel Aziz Aluwaisheg, "in almost every one of these areas, consumers have raised serious concerns about the performance of these privatized entities. The Tadawul All Share Index (TASI) of the Saudi stock exchange peaked at 16,712.64 in 2005, and closed at 8,535.60, at the end of 2013. In November 2005, Saudi Arabia was approved as a member of the World Trade Organization. Negotiations to join had focused on the degree to which Saudi Arabia is willing to increase market access to foreign goods and in 2000, the government established the Saudi Arabian General Investment Authority to encourage foreign direct investment in the kingdom. Saudi Arabia maintains a list of sectors in which foreign investment is prohibited, but the government plans to open some closed sectors such as telecommunications, insurance, and power transmission/distribution over time.

The government has also made an attempt at "Saudizing" the economy, replacing foreign workers with Saudi nationals with limited success.

Saudi Arabia has had five-year "Development Plans" since 1970. Among its plans were to launch "economic cities" (e.g. King Abdullah Economic City) to be completed by 2020, in an effort to diversify the economy and provide jobs. As of 2013 four cities were planned.[374] The King has announced that the per capita income is forecast to rise from $15,000 in 2006 to $33,500 in 2020. The cities will be spread around Saudi Arabia to promote diversification for each region and their economy, and the cities are projected to contribute $150 billion to the GDP.

In addition to petroleum and gas, Saudi also has a significant gold mining sector in the ancient Mahd adh Dhahab region and significant other mineral industries, an agricultural sector (especially in the southwest but not only) based on vegetables, fruits, dates etc. and livestock, and large number of temporary jobs created by the roughly two million annual hajj pilgrims.

Statistics on poverty in the kingdom are not available through the UN resources because the Saudi government does not issue any. The Saudi state discourages calling attention to or complaining about poverty. In December 2011, the Saudi interior ministry arrested three reporters and held them for almost two weeks for questioning after they uploaded a video on the topic to YouTube. Authors of the video claim that 22 percent of Saudis may be considered poor (2009). Observers researching the issue prefer to stay anonymous because of the risk of being arrested.

In September 2018 the Public Investment Fund completed a deal with a group of global lenders for a loan of $11 billion. The deal raised more than initially planned and was the first time the PIF had incorporated loans and debt instruments into its funding. According to data from Fitch Ratings, over two years starting from May 2016 Saudi Arabia went from having zero debt to raising $68 billion in dollar-denominated bonds and syndicated loans—one of the fastest rates among emerging economies.

Each year, about a quarter-million young Saudis enter the job market. With the first phase of Saudization into effect, 70% of sales job are expected to be filled by Saudis. However, the private sector still remains hugely dominated by foreigners. The rate of local unemployment is 12.9%, its highest in more than a decade. According to a report published by Bloomberg Economics in 2018, the government needs to produce 700,000 jobs by 2020 to meet its 9% unemployment target.

We'll get back to you soon

For registration and queries
Write to us: info@erflglobalsummit.com